Ana-Marija Garcevic, leader of the IOC Young Leaders Programme, is the first guest on the 6th season of the iWorkinSport LIVE interview series 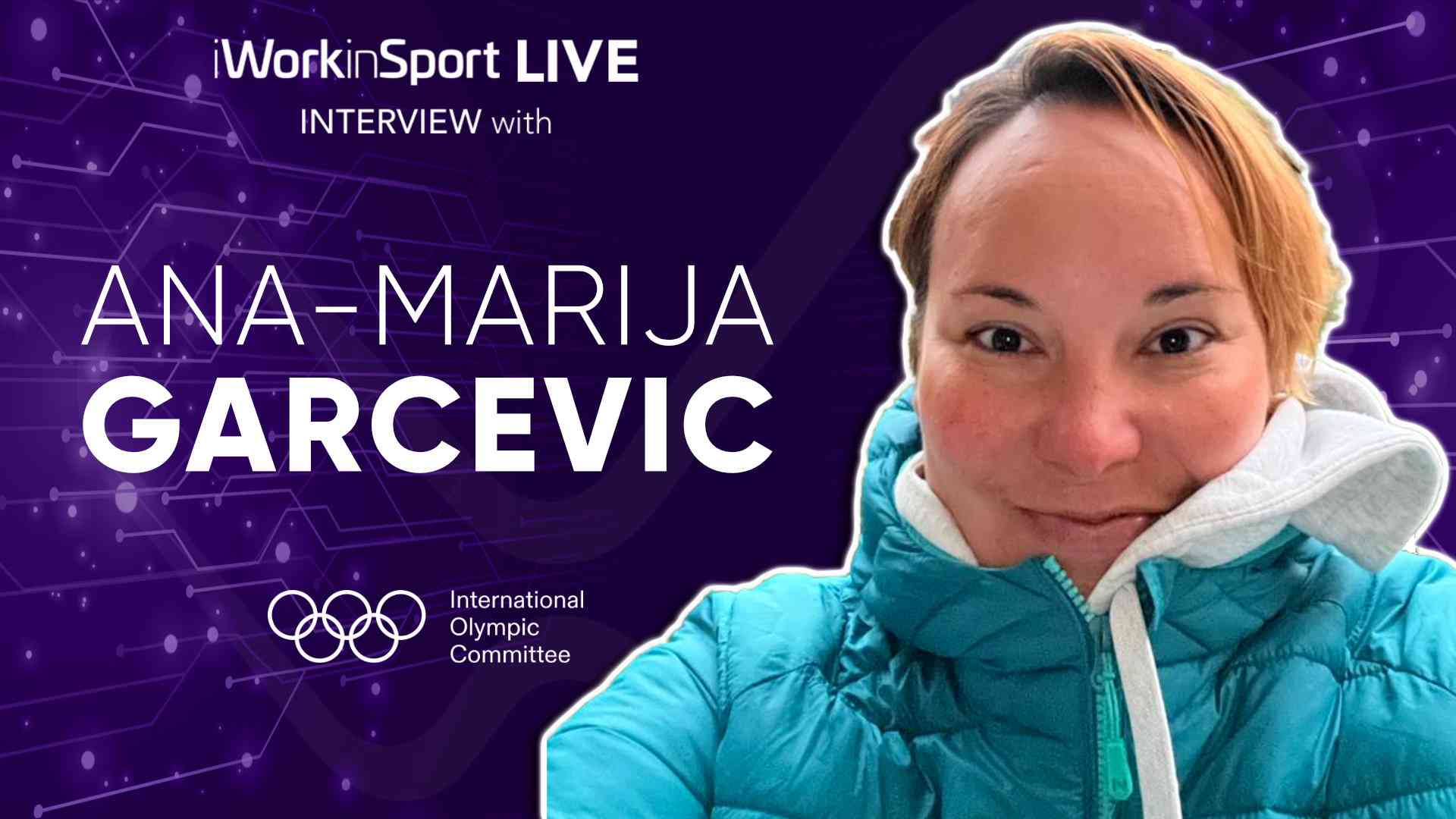 We are thrilled to launch the 6th season of the iWorkinsport Live interview series with Ana-Marija Garcevic, current Head of Activities - Olympic Games Engagement at the International Olympic Committee (IOC), as our initial guest. The live interview will take place on Wednesday, October 19th, at 5pm CEST.
An athlete herself with the Croatian Rowing Team in the late 90’s, Ana-Marija has built a successful career within the Olympic Movement. After getting her start in the international sport industry as a Sports Operations Officer at the International Canoe Federation, she has since worked for 14 years at the International Olympic Committee. Having worked in a variety of capacities at the IOC, Ana-Marija has acquired and refined a diverse set of sport-focused skills, knowledge and capabilities.
She started as a Project Manager at the IOC focused on Knowledge Management to ensure effective knowledge aggregation and transfer from one Olympic Games edition to the next. She then went on to head up the Observation and Experience Services portfolio focused on enabling local Organizing Committees of the Olympic Games (OCOGs) to effectively host the Olympic Games.
After over 10 years in the Olympic Games Knowledge Management, Ana-Marija moved on to her current Head of Activities role within the Olympic Games Engagement where, among other responsibilities, she leads the IOC Young Leaders Programme. With Olympic values and UN Sustainable Development goals as its foundation, the Young Leaders programme empowers young talents to leverage the power of sports to make a positive difference in their communities. Each Young Leaders class includes a diverse group of 25 participants. They each receive expert guidance on a variety of topics from human-centered design to impact measurement and user testing, as well as seed funding and peer-to-peer learning opportunities. Since its launch, the Young Leaders program has developed the talents of 94 leaders, catalyzed 141 sport-based projects and has positively impacted more than 30,000 lives across 66 countries.
Join us LIVE on Wednesday, October 19th, at 5pm CEST to learn more about Ana-Marija’s extensive set of experiences and how she and the IOC are empowering the youth to effectively leverage sport for a positive impact.