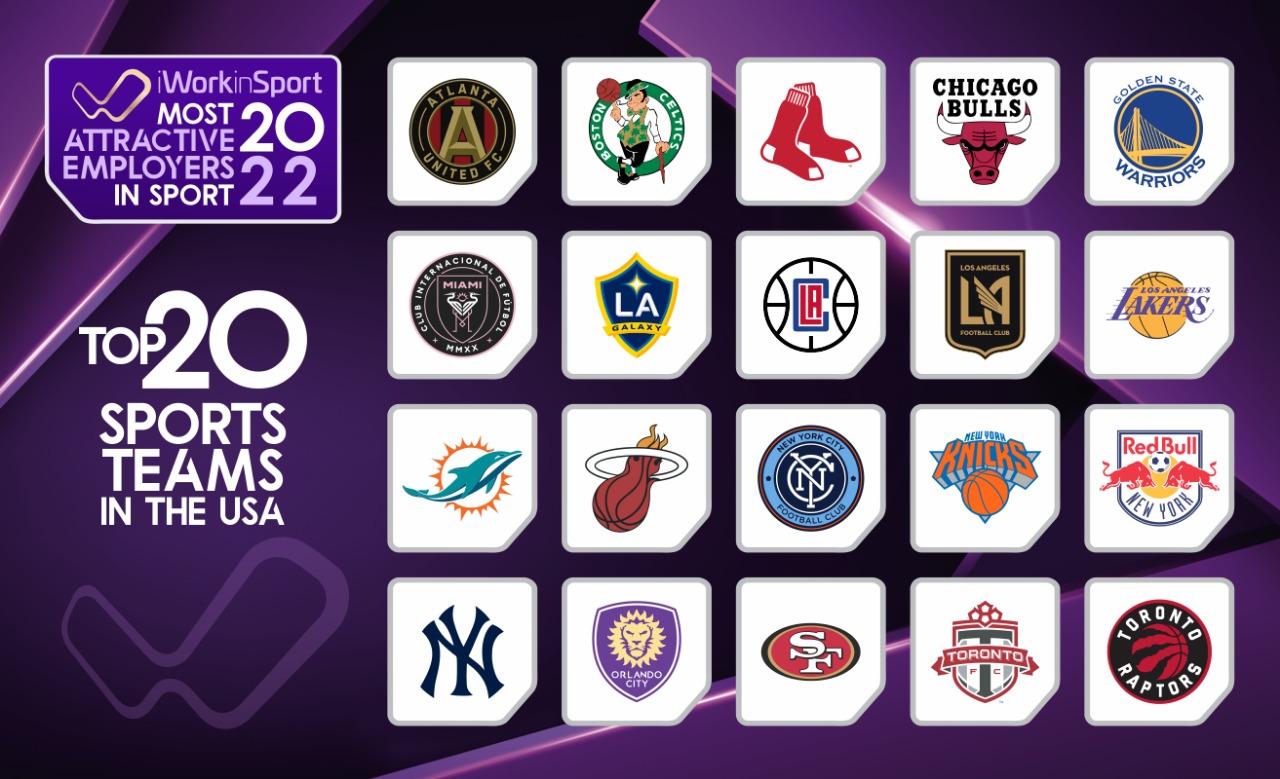 The final rankings of the iWorkinSport Most Attractive Employers 2022 will be announced at an Awards ceremony at the Olympic Museum, in Lausanne, on May 19th, at a VIP dinner offered to recruiters and academic partners of the iWorkinSport Job Fair, which will take place the following day in Lausanne. The report will also feature insightful job market trends’ analysis and interviews.

More about The Most Attractive Employers in Sport 2022

The survey was conducted from 20 December 2021 to 15 March 2022 and had more than 1,600 respondents, from 111 countries, with 90% having at least a bachelor degree and 63% with postgraduate education, while 79% already work in sport. Detailed demographics data will be available in the report.

iWorkinSport is the Global Hub for everything on career, recruitment and education in sport.

The company connects and provides solutions and opportunities to all stakeholders in the field of career development in sport - be it candidates, employers, employees, students, academic programmes, HR professionals, recruitment agencies, consultants, career coaches, etc. It also produces, aggregates and curates content and knowledge relevant to career in sport.

iWorkinSport was created in 2017 with the aim to organise the first truly international career fair focused on the sports industry. It enables some of the most renowned organisations to meet, interview and recruit students and alumni from the most prestigious sport management programmes in the world.

World-class sports organisations such as the International Olympic Committee (IOC), FIFA, UEFA, FIBA, Adidas, Juventus FC, Manchester City FC, Infront, IMG, TEAM Marketing, the NBA, Eurovision, Soccerex, the World Football Summit and many others have been in attendance, recruiting at the event. The next iWorkinSport Job Fair will happen in Lausanne, Switzerland, on May 20th. For more information and to register, go to www.iworkinsport.com/jobfair .

*Canadian teams playing the MLS, MLB, NBA and NHL were included in survey under the category “Sports Teams in the USA”

Ana-Marija Garcevic, leader of the IOC Young Leaders Programme, is the first guest on the 6th season of the iWorkinSport LIVE interview series