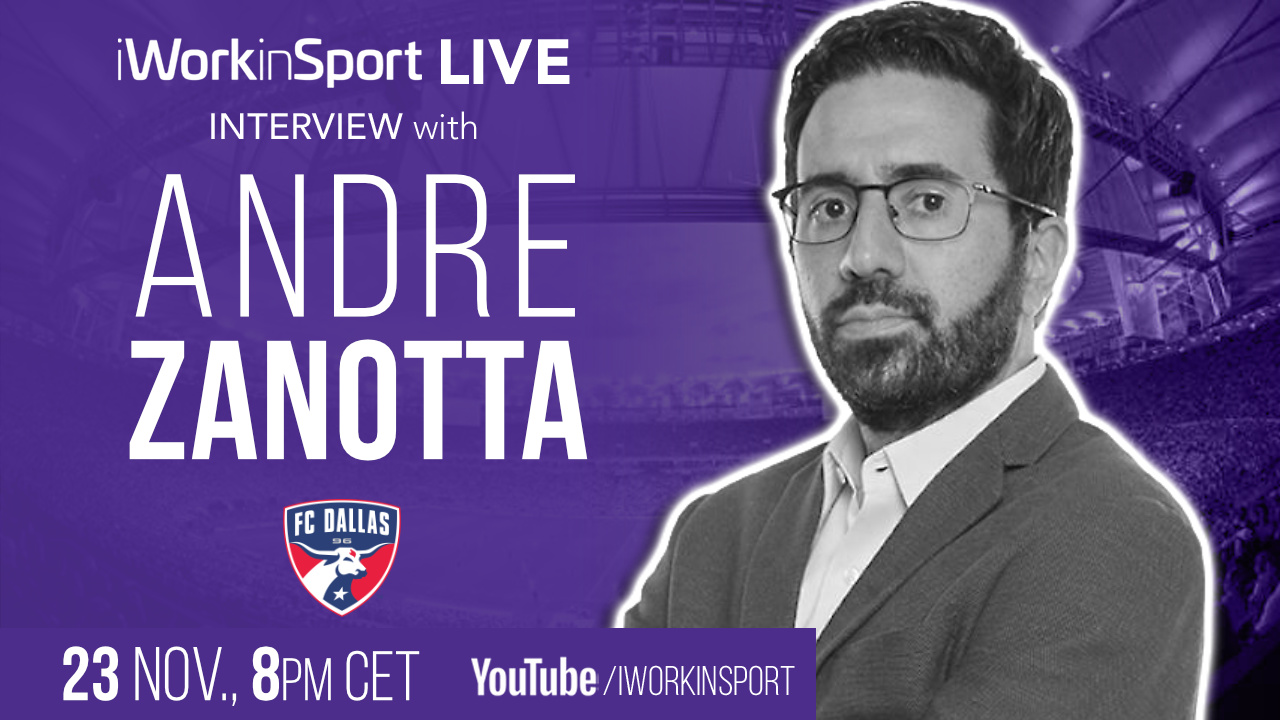 Do you want to know what it’s like to run a professional football (soccer) team in the USA?
Join us LIVE on Tuesday at 8pm CET (3pm ET) for a live interview with Andre Zanotta, Chief Soccer Officer at FC Dallas.
The Brazilian Andre Zanotta left his home country and joined the MLS club in January 2019, after a successful stint at Gremio, where among other trophies, he won the Copa Libertadores (a.k.a. the South American Champions League) with the club. Before that, he had winning passages by Sport Club do Recife and one of Brazil’s giants, Santos FC.
A lawyer by profession, Zanotta started his sports career through the FIFA Master in Management, Law and Humanities of Sport. Following his graduation, in 2010, he became Commercial and International Development Director at Atlante FC, in Cancún, Mexico.
He then moved to Desportivo Brasil, where he was responsible for all matters related to the football department, including advise on issues related to the football clubs owned by the company in Brazil and Portugal, as well as the North American Soccer League - NASL. From there, he went to Santos, where he managed the first and all youth teams. Among other things, he was responsible for the club’s international relations, including the cooperation agreement signed with FC Barcelona and negotiations for partnership with clubs from the Major League Soccer - MLS.
At FC Dallas, Zanotta is responsible for everything that has to do with the sporting aspects of the club – from the first team to the youth academy.
Would you like to learn more about what it takes to manage a successful football team?
Save the date on your calendar, join the live interview and ask your questions too.
Add to Calendar