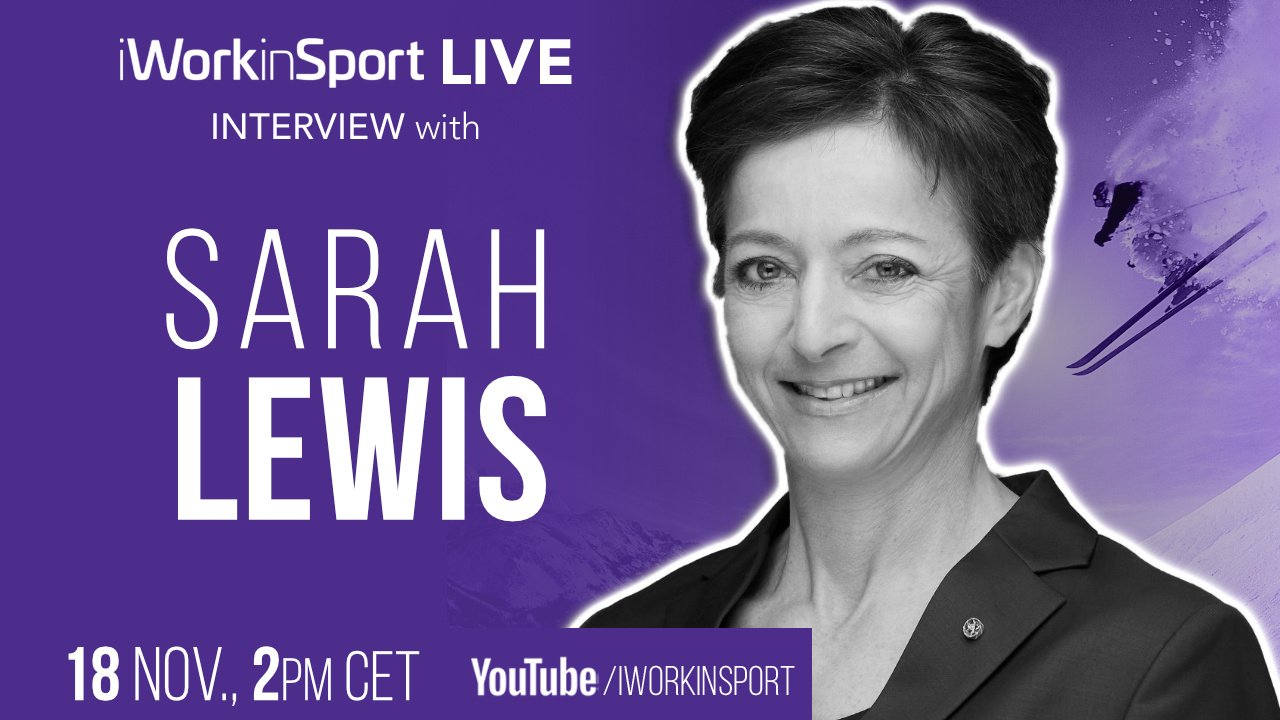 We’re pleased to announce Sarah Lewis as our next guest at the iWorkinSport LIVE Interview, on Thursday, November 18th, at 2pm CET.
Sarah Lewis, OBE OLY is a highly respected sports leader with a wide global network. She has been involved with international skiing on both a competitive and administrative level for over 30 years, starting as a member of the British Alpine Ski Team from 1982-1988, competing in the 1987 FIS Alpine World Ski Championships and Calgary 1988 Olympic Winter Games.
She then embarked on a career in sports administration, initially within the ski industry and media, before working for the national and international governing bodies. Her first role at the International Ski Federation, FIS, in 1994 was as the Coordinator for the Continental Cups covering the series globally before becoming FIS Director in 1998 and being appointed Secretary General of the largest international winter sports federation, where she served from 2000 until 2020. In 2021, she ran for the presidency of FIS.
Sarah Lewis served as a Member of the IOC Programme Commission, on three Olympic Winter Games Coordination Commissions (2018, 2022 & 2026) and the Youth Olympic Games (2020 & 2024), and has led the FIS activities at five Olympic Winter Games. The FIS disciplines will represent more than half of the Games programme at Beijing 2022. In addition, she served as the Secretary General of the Association of International Olympic Winter Sports Federation, chaired the World Anti-Doping Agency Independent Observers at the Beijing 2008 Games, was a member in several IOC Commissions.
She was a proud member of the GB delegation that secured the hosting rights in 2005 for the London 2012 Olympic Games.
In 2006 she was honoured with the Femmes en Or (Women of Gold) award and in 2018 Sarah Lewis was awarded the Order of the British Empire in the Queens New Year Honours List for services to sport.
She is presently supporting the Chinese Winter Sports Association as Senior Strategic Advisor focused on their preparations for the Beijing 2022 Olympic Winter Games.
Don’t miss the session with one of the most influential women in sport of the last 20 years.
Save the date on your calendar, join the live interview and ask your questions too.
Add to Calendar