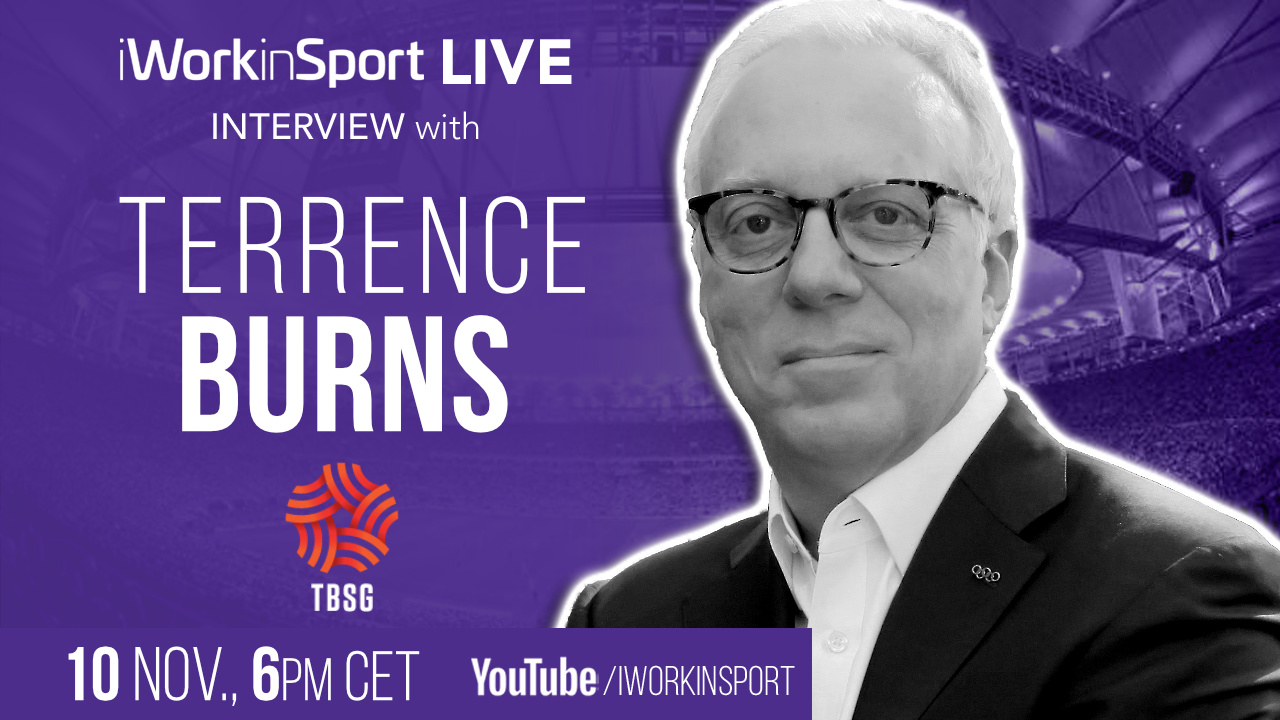 Join us LIVE on 10th November at 6 pm CET for a new episode of the iWorkinSport LIVE Interview series. This time we will talk with Terrence Burns founder and chairman at T.Burns Sports Group, and one of the most renowned experts in bidding for major sports events.

Terrence began his sports marketing career managing Delta Air Lines’ sponsorship of the 1996 Atlanta Games. After the Games, he joined Meridian Management SA, at that time IOC’s in-house marketing and sponsorship agency, where he and a team managed the IOC’s global TOP sponsorship programme. While at Meridian, Burns helped pioneer the IOC’s brand development strategy, including the first-ever global brand assessment and positioning of the Olympic brand.

He co-founded his first consultancy, Helios Partners, in 2003 and has worked with a variety of Olympic clients around the world including five winning Olympic bid campaigns (Beijing 2008, Vancouver 2010, Sochi 2014, Pyeongchang 2018 and LA 2028). He also was the brand strategist for Russia’s successful 2018 FIFA World Cup bid, and for the campaigns to return both golf and wrestling to the Olympic sports programme. Since 2020 he’s the founder and chairman of TBSG, as well as a Senior Advisor Bruin Sports Capital.

Save the date on your calendar, join the live interview and ask your questions too.