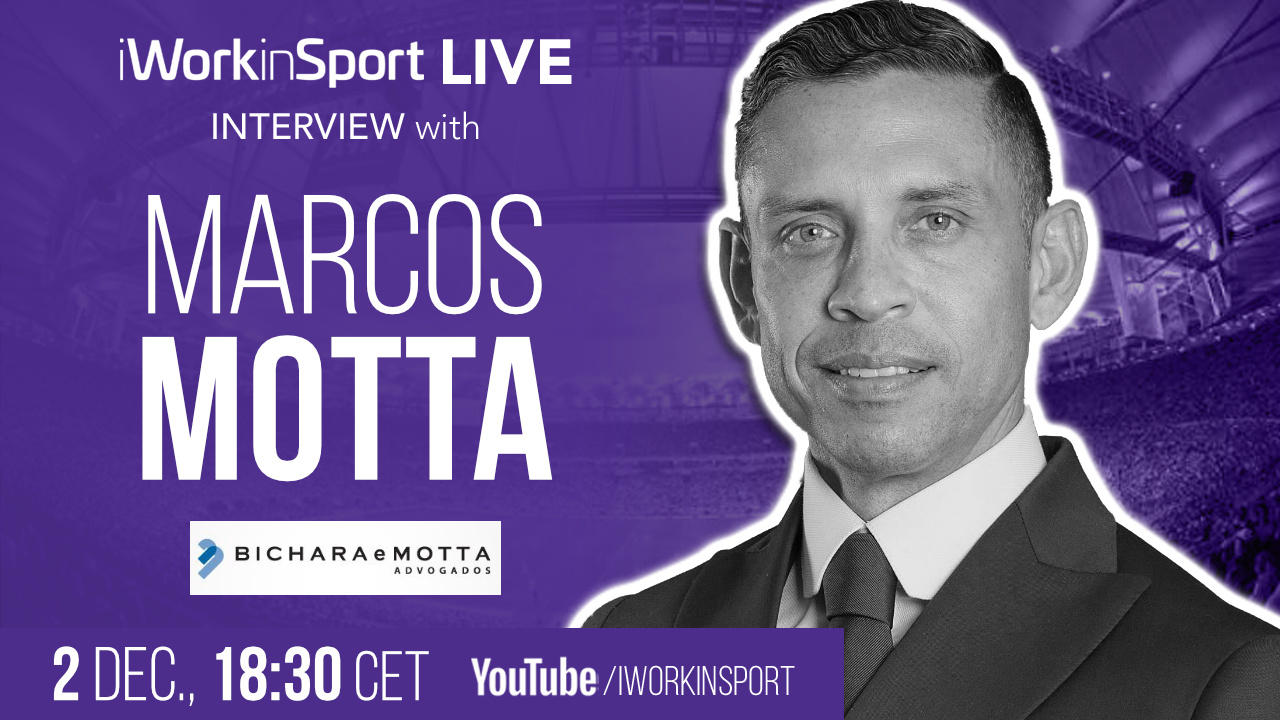 Join us on Thursday, December 2nd, at 18h30 CET for a LIVE Interview with Marcos Motta, the world renowned sports lawyer who has been involved in some of the biggest deals in sports, such as the Neymar Jr. transfer from Barcelona to PSG, in 2017.

Mr Motta has been working in the football market since 1997, when he started as director and international representative for CR Flamengo. Since then he has served as legal counsel in over 400 leading cases before FIFA and the Court of Arbitration for Sport (CAS) involving different matters, such as contractual, disciplinary, regulatory and doping disputes. Mr Motta has rendered legal advice in some of the highest and most notable transactions of the football world, in addition to taking part in the Brazilian government's working group on the revision of the so-called Pelé Law, of the General Law for Brazilian Sports and in the FIFA Task Force on Third Party Ownership (TPO). He is currently the legal adviser for international matters of the Brazilian Football Confederation (CBF) and played an important role as adviser of various affairs related to the Rio 2016 Olympics.

Mr Motta is a visiting lecturer of master's degree courses in various international sports law programmes in Europe and the USA. He is member of REX Sport; the board of the European Football Agents Association (EFAA); and the International Association of Football Lawyers (AIAF).

Join us on Thursday, December 2nd, at 18h30 CET and you can send in your questions to Marcos by commenting in the chat section on YouTube.

LIVE Interview: Re-watch the episodes of the 4th season

CIES continues as GOLD Partner of the iWorkinSport Job Fair

LIVE Interview: Re-watch the episodes of the 4th season