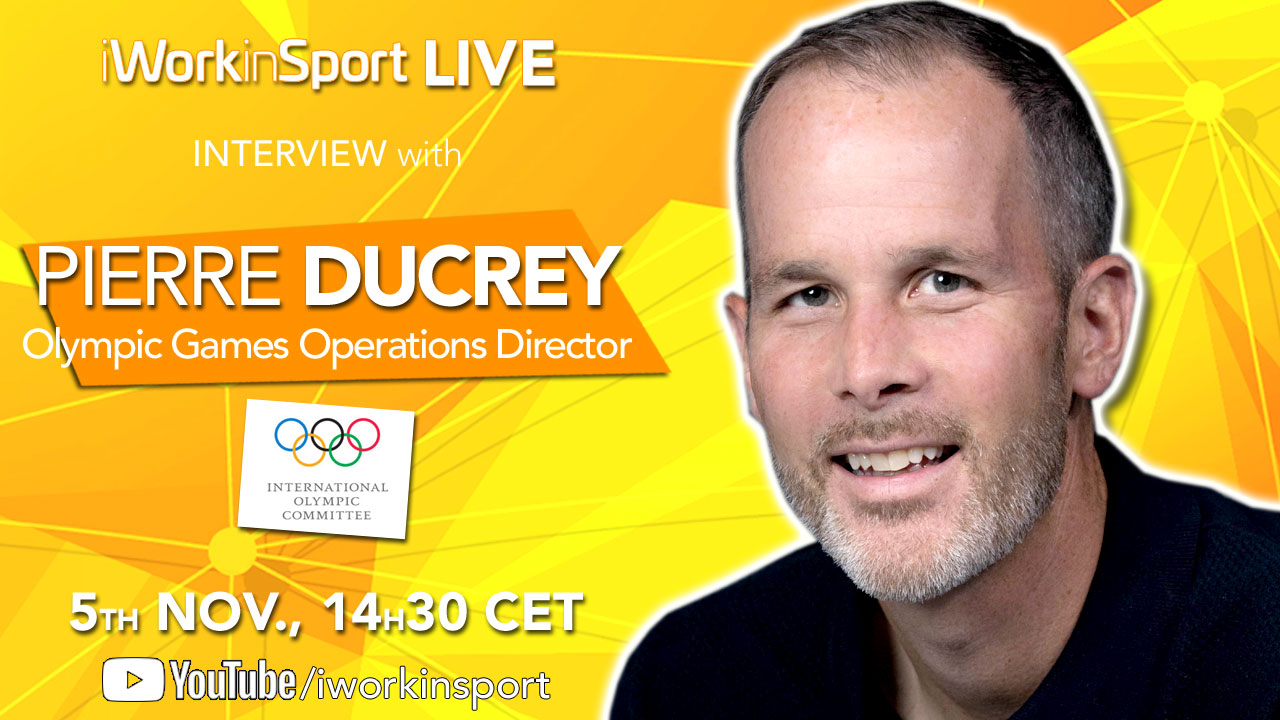 Join us on Thursday, November 5th at 14h30 (CET) for a brand-new episode of the iWorkinSport LIVE Interview series.
In this episode we will talk with Pierre Ducrey, Olympic Games Operations Director at the International Olympic Committee (IOC). Pierre has had an outstanding career in sport, and we’ll have the chance to learn a great deal of invaluable advice, which will certainly help us in our own careers.
Pierre is an alumnus of the FIFA Master, from where he graduated in 2003 with distinction. Shortly after, he started working at the Office of the Special Advisor to the United Nations Secretary General on promoting peace and development through sports. He then moved to the IOC as an intern in the Sports Department. In 2007 he was appointed Head of Sports Operations and International Federation Relations. His dedication and passion for international sports leads him to the position of Head of Olympic Games Coordinator in 2010 and, four years later, to the role of Olympic Games Associate Director. In March 2020 he was appointed Olympic Games Operations Director.
Prior to joining the FIFA Master, Pierre pursued a Master’s degree in International Relations, focusing on social economy, politics and management.
If you are interested in the Olympics (or in a career within sports), don’t miss this promising episode with Pierre Ducrey!
Add to Calendar
CLICK HERE TO WATCH IT ON YOUTUBE.

ONE WEEK TO GO: Meet the Programs!

FAQ about the Education Virtual Expo 2020