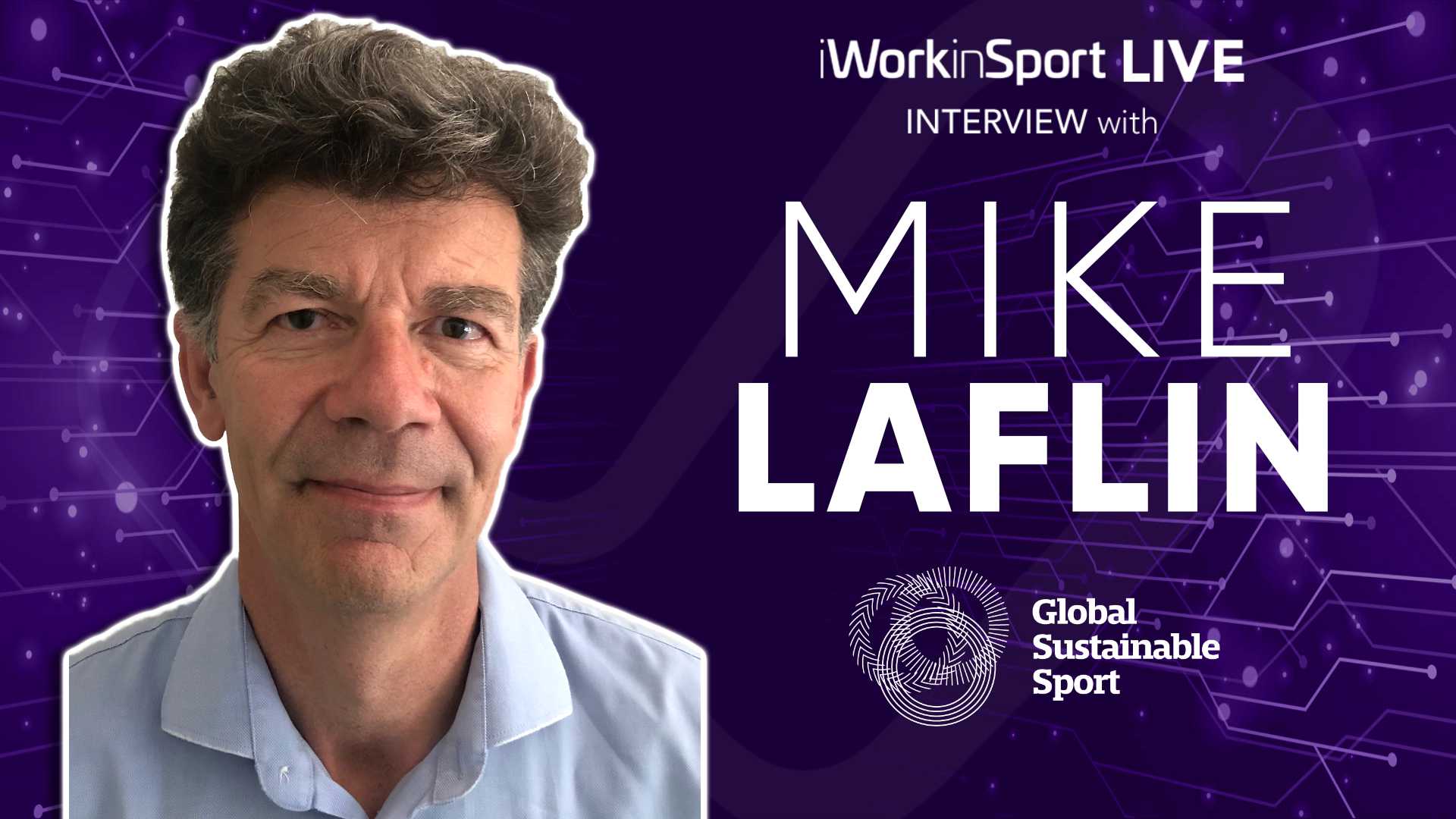 We are pleased to announce our next guest on the iWorkininSport LIVE interview series: Mike Laflin, CEO & Founder, Global Sustainable Sport. The live interview will take place on Thursday, November 10th, at 6pm CET.
Mike is a serial entrepreneur who has founded a variety of sports-focused companies, many of which he has operated and run simultaneously, across his 30+ year career. In 1989 he launched Convergent Ideas, a sports technology consultancy specializing in developing media information systems for international sport federations. He counted BWF (Badminton), World Athletics (then IAAF), ITF (Tennis), World Archery (then FITA), and World Sailing (then ISAF) as his clients.
In 1991 he launched Sportcal, an online technology platform managing commercial data and news based around the sports industry. From 2011 to 2016 Mike served as the Lead Consultant on the Olympic Database Project which focused on developing a permanent Olympic database initiated by ASOIF (Association of Summer Olympic International Federations) and later adopted by the International Olympic Committee. The project now provides media information to the Olympic Games and is managed by the Olympic Channel.
From 2012 to 2018 Mike launched and ran the Global Sports Impact Project through which he developed a standard methodology for measuring the impact of sports events on host cities. Through the Global Impact studies program in 2015 he published data on a wide variety of sports events through the Global Sports Impact Report.
Since 2019 Mike has been running Global Sports Strategies, a digital consultancy company specializing in helping organizations improve their data information systems. And, just this week Mike is launching Global Sustainable Sport, a new digital platform which is focused on driving sustainability through sport and creating a more sustainable future for sport and the planet. A key area of Mike’s focus is encouraging more sports stakeholders, who collectively have massive reach to billions of people globally, to commit to economic, social and environmental sustainability.
Mike graduated from the University of Exeter with a degree in Geography and Economics.
The interview will include a live Q&A. This is a great opportunity to learn more about Mike’s career experiences and to get his feedback on the current state of sports.