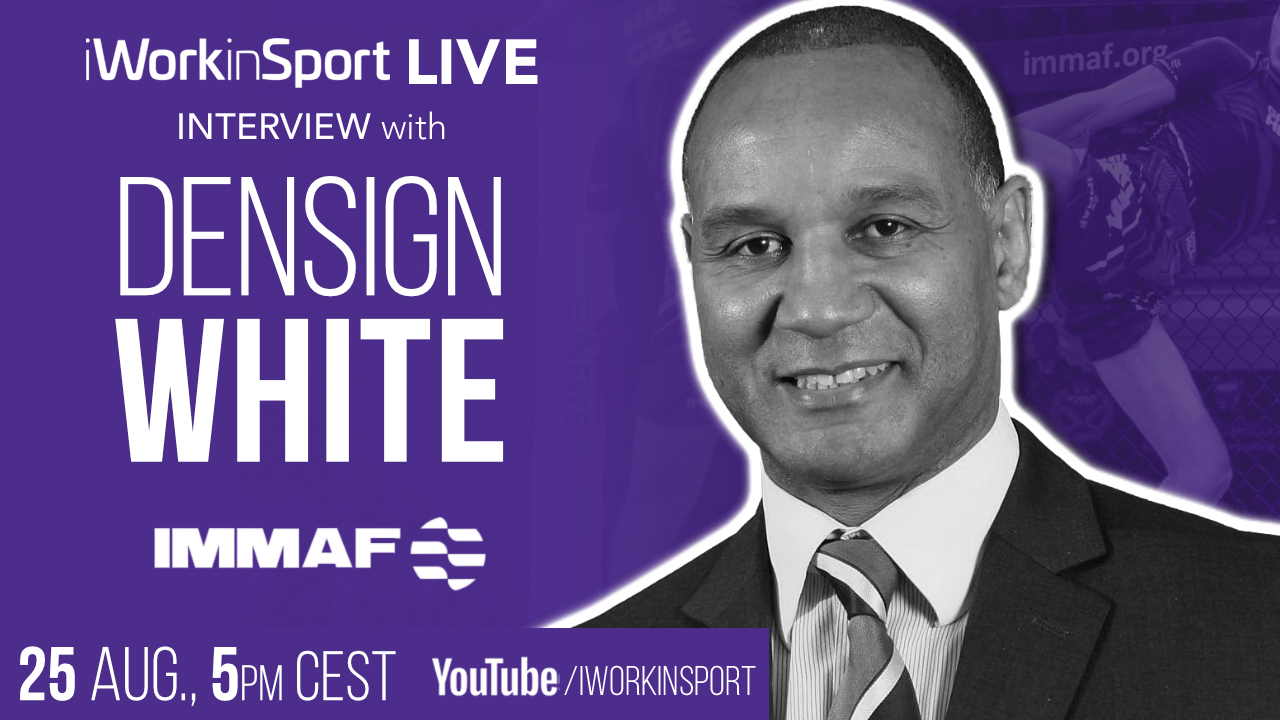 Join us on Wednesday, 25th August at 5pm CEST for the LIVE interview with Former Olympian and current CEO of the International Mixed Martial Arts Federation (IMMAF) Densign White.
The British judoka has past international sporting credentials that include triple Olympian, World Championship medalist, 5 times European medallist and Commonwealth Champion. At the close of his competitive days, White chose to pursue a career in sports administration serving 11 years as the Chairman of the British Judo Association, from 2001 to 2012.
He moved onto serve internationally as the European Judo Union Head Sports Director and has acted for 2 years as an executive member of the British Olympic Association. In total White has four decades of experience in judo under his belt, as athlete, coach and administrator; and continues to coach today.
In 2018, White was elected to the Council of the Sport Integrity Global Alliance (SIGA), an organisation founded to tackle corruption in sport by industry stakeholders. White is the Chairman for Sporting Equals, which works to promote ethnic diversity in UK sport, and a trustee of the charity, the Tessa Sanderson Foundation.
In this interview we will discuss about Densign’s journey both on and off the field, how IMMAF is combating Covid-19 challenges, MMA’s Olympic quest among other things.
You can join in the conversation LIVE and post your questions in the comments section for Densign to answer.
Add to Calendar

“Toon In” for the Live Interview with Michael Payne