FIFA, IOC and UEFA the Most Attractive Employers in Sport in 2021 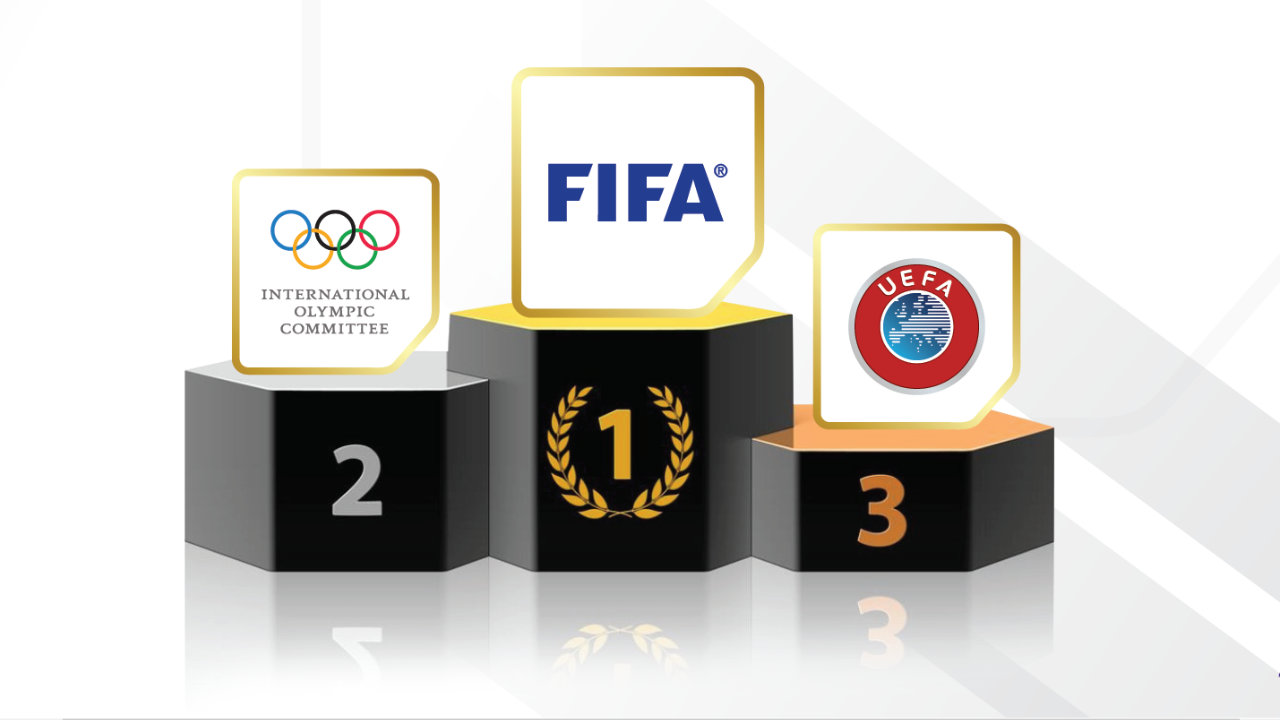 Lausanne, 21 May 2021
FIFA, football’s world governing body, the International Olympic Committee and UEFA, the continental governing body for football, are the Top 3 Most Attractive Employers for those who already work, or wish to work, in sport, according to a report published by iWorkinSport.
The study conducted by the Switzerland-based company surveyed more than 1,000 people from all continents, with the majority already working in sport, and asked them a simple question: “If you could choose to work anywhere in sport, where would that be?”
Initially, the respondents chose organisations divided into nine categories, and at the end, they indicated one single preferred choice, overall – the “Employer of their Dreams”.
The American sporting goods giant Nike and the English Premier League club Manchester United wrap up the Top 5, while the two Spanish soccer powerhouses, Real Madrid and Barcelona, follow in sixth and seventh place. Energy drink/ media company and prominent sports sponsor Red Bull appears in eighth place, with the NBA, in ninth and the German sports brand Adidas closing the Top 10.
The publication also features rankings of the most attractive employers in sport divided in the following categories:  Football Clubs, Sports Teams (other than Football), Sports Teams in the USA, Sports Leagues, Sports Governing Bodies, Event Organisers, Sports Marketing Agencies, Sponsors, and Sporting Goods Companies.
Additionally, the report presents the aspects that candidates rate as most important when deciding where they would like to work.
iWorkinSport Founder and Managing Partner, Joao Frigerio, said: “When we think about the ‘job market’, we immediately think of candidates looking for jobs, but the truth is that organisations search for (the right) talent as much as candidates look for work. In that sense, it is paramount that the industry players understand how they rate in terms of Employer Branding. It is also crucial to understand what candidates and employees most value when deciding to accept a job offer. That’s why we decided to produce such a comprehensive study”.
In terms of types of organisations, sports professionals showed a preference for the excitement of working at a sports team (38% of the responses). Governing bodies (20%), Event Organisers (13%) and Sports Leagues (12%) follow. Sports Marketing agencies, sponsors and sporting goods brands were also named as places candidates would prefer to work.
More about The Most Attractive Employers in Sport survey
The survey, conducted from mid-December 2020 to mid-February 2021, had more than 1,000 respondents, from 86 countries, with 92% having at least a bachelor degree and 62% with postgraduate education, while 68% already work in sport. Detailed demographics data is available in the report.
To download the full report, click here.
About iWorkinSport
iWorkinSport connects employers and talent, as well as promotes education and career growth in Sport.
The company was created in 2017 with the aim to organise the first truly international career fair focused on the sports industry. It enables some of the most renowned organisations to meet, interview and recruit students and alumni from the most prestigious sport management programmes in the world.
World-class sports organisations such as the International Olympic Committee (IOC), FIFA, UEFA, FIBA, Adidas, Juventus FC, Manchester City FC, Infront, IMG, CAA11, the NBA, Eurovision, Soccerex, the World Football Summit and many others have been in attendance, recruiting at the event.
In addition to the traditional Job Fair, iWorkinSport organises two online events: the Education Virtual Expo and the Virtual Job Fair.
Contact:
For more information, contact info@iworkinsport.com

The Top 10 Most Attractive Employers in Sport